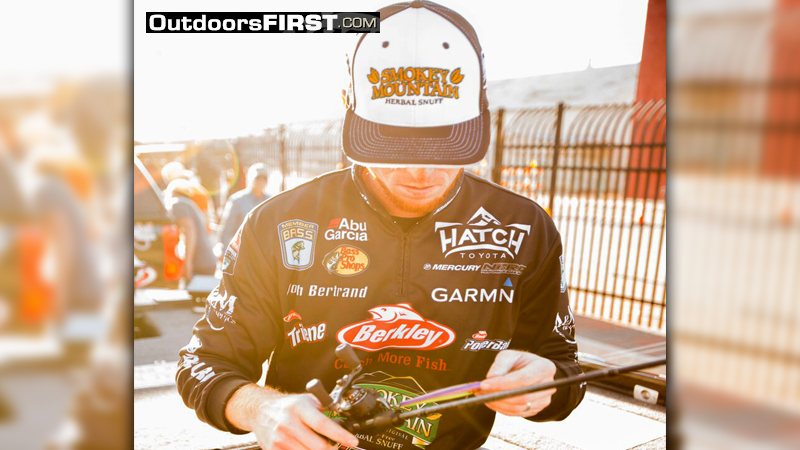 Becoming a pro basser on the Bassmaster Elite Series takes a great deal of skill. Not only the skill to properly present a lure or the ability to read your sonar unit correctly, but the seemingly intuitive ability to analyze new water.

Berkley pro Josh Bertrand is one of those anglers who has honed the skills necessary to make it to the Elite Series, along with a couple of appearances fishing the Bassmaster Classic.

So, what does an Elite pro need to bring to the table to set themselves apart from the others and have a decent level of success fishing against the best in the business? Bertrand shares a few secrets he has to analyze new water that might help you put a few more bass in the boat the next time you are floating around in unfamiliar waters.

“For me, that would be a 4-inch Berkley Chigger Craw or a Berkley Bottom Hopper. Whether I am flipping a Texas rig, crawling a jig or swimming a jig, the Chigger Craw is on board. Black and blue or green pumpkin. They catch fish.

“Same colors with the Bottom Hopper. I fish that one on a shaky head or a drop-shot.

“I just know I’ll catch a few with those lures.”

Read the rest over on outdoorsfirst.com >