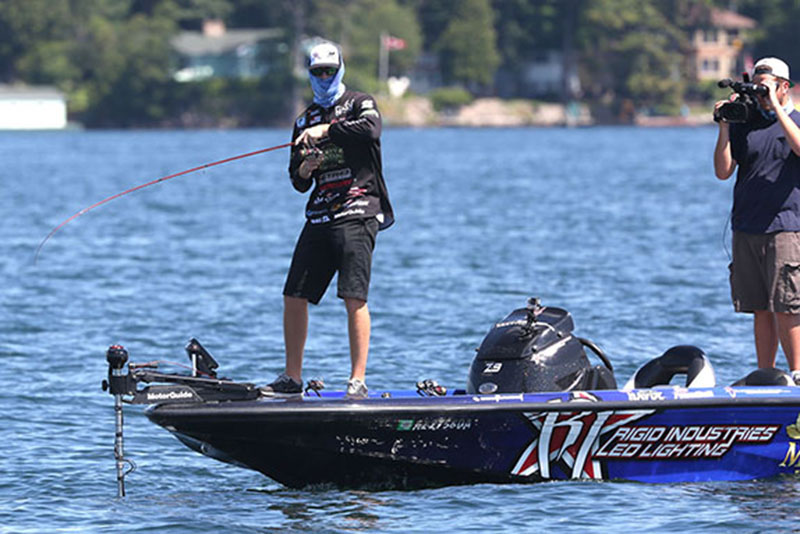 Josh Bertrand is fast becoming a household name on the Bassmaster Elite Series and he makes no secret about the fact that the same tricks he uses back home in Arizona have helped him to cash a few checks. During the off-season, he hones his techniques for the year ahead on the trail, among them working a jigging spoon over deep water.

Bertrand says he catches fish off specific structure with jigging spoons like deep trees, a deep hump, or a deep channel, but most often they’re roaming, schooling fish over a general area following the baitfish. When shad go deep, so will the bass. Bertrand cautions anglers not to get hung up on water temperature – it’s irrelevant to this deal.

Key lakes for this tactic include the Salt River Chain in Arizona like Canyon Lake, Saguaro Lake, Roosevelt Lake as well as California’s Canyon Lake along with Northern California lakes like Berryessa, Oroville and Shasta. In the Ozarks, Table Rock and Bull Shoals lakes are a given. There, Bertrand will fish floating boat docks over 30-50 feet over water.

“Stick your boat into a slip and drop your spoon down and start jigging it there,” Bertrand said.